If pharmacist Kerri Okamura of KTA has her way—and don’t bet against her—the entire island of Hawaii will eventually be immunized as part of her vision to promote the health and well-being of Big Island residents. As Director of Pharmacy Operations for KTA Super Stores, Kerri identified the immunization program she established in 2007 as her most important and one that her team has been expanding every year for more than ten years.

“We do more than 100 worksite immunization clinics a year,” said Kerri, explaining the innovative approach that takes her wellness message to the market. “It’s a win-win for the employer, the employee, and us. They are always grateful that we come to them; it makes it convenient to get immunized and it helps us get out into the community.” Kerri and her team administered more than 7,000 immunizations last year. Dedication such as this won Kerri the 2013 National Immunization Champion Award for an individual practitioner from the American Pharmacists Association (APhA). Immunizations are just one of several projects Kerri is championing for her Big Island client base. Others include diabetes management, opioid treatment, Hepatitis B education, senior wellness, and more.

With more than a century of history behind it, KTA Super Stores, founded in 1916, is a local chain of seven family-owned stores around the island that still operate under the founder’s philosophy to “humbly serve the people of our community.”

Kerri served as an intern with KTA Puainako while attending college at Purdue University and joined the company as a staff pharmacist following her graduation in 1995. By 2006, she was the Director of Pharmacy Operations, overseeing four KTA pharmacy locations around the perimeter of the island including Kamuela, Keauhou, and Waikoloa Village. The stores are located roughly an hour and a half apart and while Kerri keeps her staff current on new programs, products, and policies, she relies on her managers to run their locations.

“I’m lucky because my managers are really good,” says Kerri. “I have a great team in place and try not to micromanage.” As part of the efforts to build community relationships she encourages her pharmacy managers to participate in local community events so people will get to know them.

In October 2016, she established a Diabetes Self-Management Program in partnership with the East Hawaii Independent Physicians Association (EHIPA) and in January 2018 a Diabetes Prevention Program. Kerri placed team pharmacist Dayna Wong-Otis in charge of the KTA diabetes program.

Kerri understands the ongoing challenge to get patients to enroll in wellness classes and to get providers to refer patients to classes. And there are many options available where health-oriented education is concerned. Kerri would know, because she initiated many of them. Kerri’s team also prepared a presentation to raise public awareness about Hepatitis B.

As part of the efforts to build community relationships, Kerri encourages her pharmacy managers to participate in local community events so people will get to know them.

As a member of the State of Hawaii Opioid Task Force, Kerri recognizes that opioid addiction has emerged as the most pressing community health issue facing Hawaii residents today. The Hawaii Fire Department approached KTA to train its first responders in the proper use of Naloxone, the go-to medication used to reverse the overdose effects of opioids. Her pharmacists also trained 37 law enforcement officers in the use of Naloxone. Earlier this year, KTA Puainako pharmacy manager Arbles participated in an HFD video for senior citizens which addresses the danger of opioids. “Lots of seniors are at risk,” Kerri says.

Under Kerri’s guidance, KTA is an active participant in the Blue Zones Project—a community-wide wellness initiative to help provide a higher-quality of life for island residents while lowering health care costs through improved productivity. Recently, Hawaii added its 100th Blue Zones Approved Worksite to its roster of members.

Kerri and KTA engage a long list of community partners in a continuing effort to meet the ever-changing needs of a diverse and dynamic client base. She is a member of the East Hawaii Community Pharmacy Network that strives to find and fill gaps in health care services. Kerri formed partnerships with Hamakua-Kahala Health Center and with North Hawaii Hospice and Hospice of Hilo, which includes delivery to the Pohai Malama Care Center.

Kerri’s list of professional affiliations and offices rivals that of the numerous awards she has received over the past two decades. She is a former president of HPhA, for which she was named the 2008 Leadership Award winner and 2009 Pharmacist of the Year, and is the current chairperson of the Hawaii State Board of Pharmacy. She is a CPESN Lead Luminary, WSPC Regional Leader, and AmerisourceBergen Elevate Advisory Board member.

In 2015, the Hawaii Pharmacists Association (HPhA) awarded Kerri the 2015 Bowl of Hygeia in recognition of her outstanding record of civic leadership to the community. She serves on the Dean’s Advisory Board for the Daniel K. Inouye College of Pharmacy at the University of Hawaii where she was Preceptor of the Year in 2008. She was also American Cancer Society Volunteer of the Year in 2011 and that same year won the Good Neighbor Pharmacy Caring for the Community Award.

Kerri has proven to be a strategic and effective point-person in the ongoing campaign to bring the latest and best developments of preventative care and treatment to her island paradise. 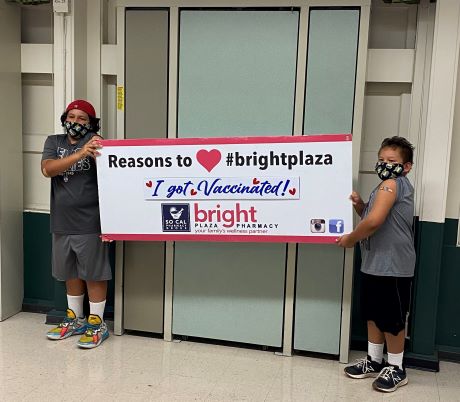